July 10, 2020
Abstract: Type 1 diabetes mellitus (T1DM), an autoimmune disease, leads to obliteration of
pancreatic β-cells, and hence causes insufficient production of insulin. With many other etiological factors, antibiotic use and gut microbiota have a significant role to play in its development. The gut microbiota interacts with the cells involved in innate immunity and has a significant role in determining the immune system. Several factors such as mode of birth, infections, diet, and medication including antibiotics influence the microbiota composition. Alterations and manipulation of microbiota in animal models have shown to affect the onset and incidence of disease having multifactorial etiology, like T1DM. Hence, the microbiota is an integral part which influences the innate immune cells and this microbiota is influenced by the use of antibiotics. This review discusses the studies in relation to the microbiota and antibiotic use with reference to T1DM.
Journal: Pharmaceutical Resonance
Keywords: Type 1 diabetes mellitus; Antibiotics; Microbiota; Innate immunity 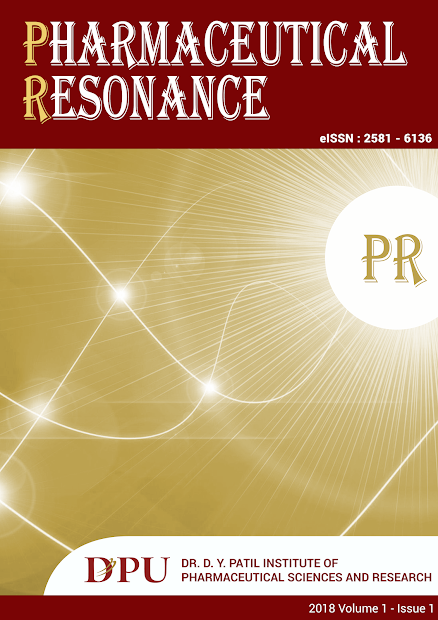 November 05, 2018
Scientists have identified the possible trigger for type 1 diabetes mellitus (T1DM).
The T cells of the immune system do not recognise self-antigens, i.e., the body’s own cells. Therefore, they are protected from the attack of the immune system. In T1DM and other autoimmune disorders, this protective system gets disrupted1.

Dr Delong and his colleagues carried out an experiment to study the trigger in T1DM. They isolated T cells from a T1DM mouse model and determined the trigger that is recognised as a foreign body in the insulin-producing β-cells. They recognised a modified version of insulin which acted as an antigen. They also observed that the immune T cells from pancreatic islets of two organ donors with T1DM recognised hybrid insulin peptides (HIPs). This study concluded that these HIPs may have a significant role as a trigger to the immune system and hence attack the body’s insulin-producing pancreatic β-cells, and thus causing T1DM1. Antibodies from the blood of T1DM patients…
Post a comment
Continue Reading

June 24, 2020
Abstract: Management of Type 2 Diabetes (T2DM) with existing strategies of lifestyle and pharmaceutical interventions has gained limited success as evidenced by its uncontrolled progression. Two key organs which are involved in the pathophysiology of T2DM are liver and pancreas, both are the derivatives of endoderm with a common precursor. In the invertebrates, hepatopancreas performs the function of both liver and pancreas. It is known that derangement in glycolysis, neoglucogenesis, and glycogenolysis lead to hyperglycemia in T2DM although insulin levels are high. Several studies have reported the implication of abnormal liver function in the development of metabolic syndrome i.e. T2DM. Partial hepatectomy has been shown to improve glycemic status in animal models of diabetes. This could be because liver and pancreas share the same regenerating factors. These evidences suggest that abnormal liver status can impair pancreatic beta-cell function and survival along with peripheral insu…
4 comments
Continue Reading